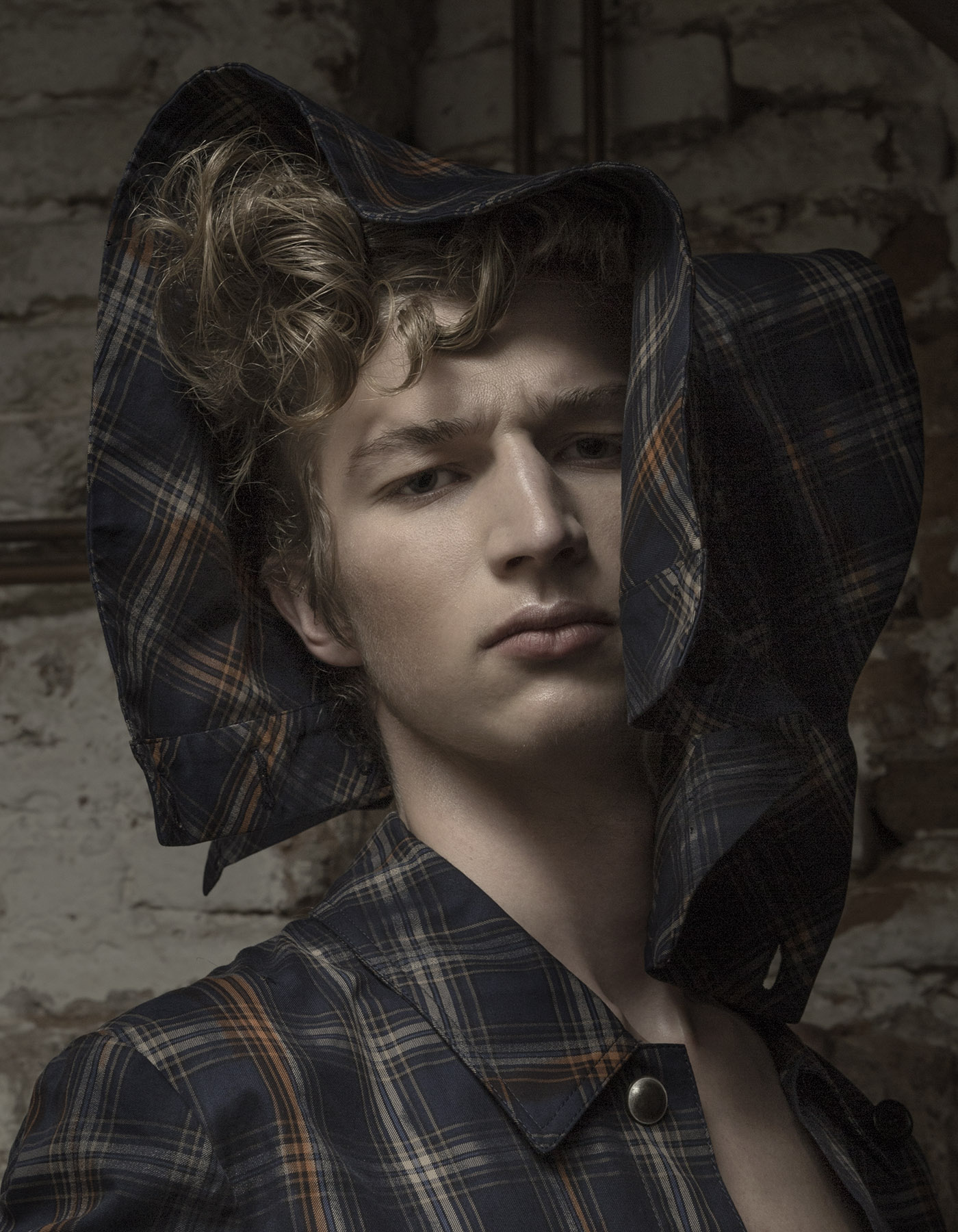 With the legion of prints and patterns around the globe, among the few classics resides plaid. It’s main by-product being the preeminent plaid shirt, today a staple in casual wear with presence in chief part of wardrobes. This versatile immortal in men’s wear despite its simplicity, has an abstruse history and context. Born in tradition, banned for rebellion it was reinstated as work wear, turned into a sound symbol of able-bodied men, passed down to various cultures of music.

The pattern born in Gaelic men’s traditional apparel as tartan, the highlander’s pattern was later banned in Britain for almost a century as response to the Scottish rebellion, and then rehabilitated in the mid 1800s as the eminent piece when Woolrich Woolen Mills created the first two-toned plaid buffalo flannel shirt. With its affordable, thick, warm and protective material it instantly became a worker favourite. The brand located near Plum Run and surrounding mountainous areas heavily populated of lumberjacks, trappers and huntsmen, at the time Rich would travel to lumber camps selling his shirts to the local outdoorsmen as they were the perfect fit for keeping workers with warm in harsh Pennsylvania winters. 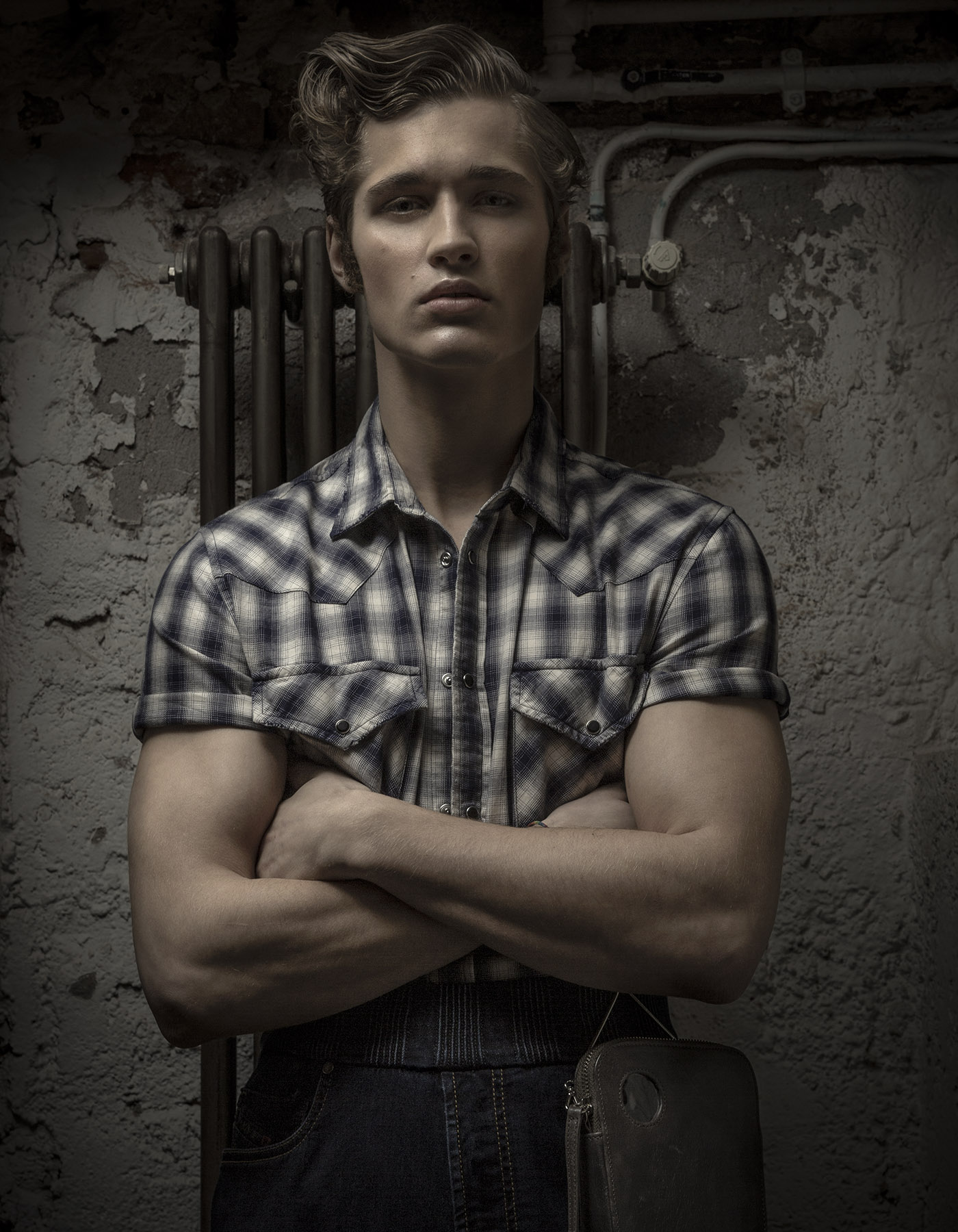 Soon after Hamilton Carhartt, the American entrepreneur opened his factory in Detroit with aim to improve the working man’s uniform in the United States and began producing tough flannel shirts. In the 19th century the westward railroads were being built, as were large factories these resilient material garments were the ideal piece for workmen. Paired with denim another worker front- runner, woven shirts like these were participants in coining the blue collar term.

Descending from its association with construction and frontiersmen, the flannel checkered shirt became a symbol for rugged men. Perhaps the explanation behind the repute in the giant lumberjack in American folklore Paul Bunyan. This character’s adventures revolved around the tales of his superhuman strength and labours. Bunyan’s stories were passed on orally, until copywriter William Laughead personifies the lumberjack in a series of pamphlets for the Red River Lumber Company, since the folk hero has been immortalised in cartoons, statues, and even theme parks. 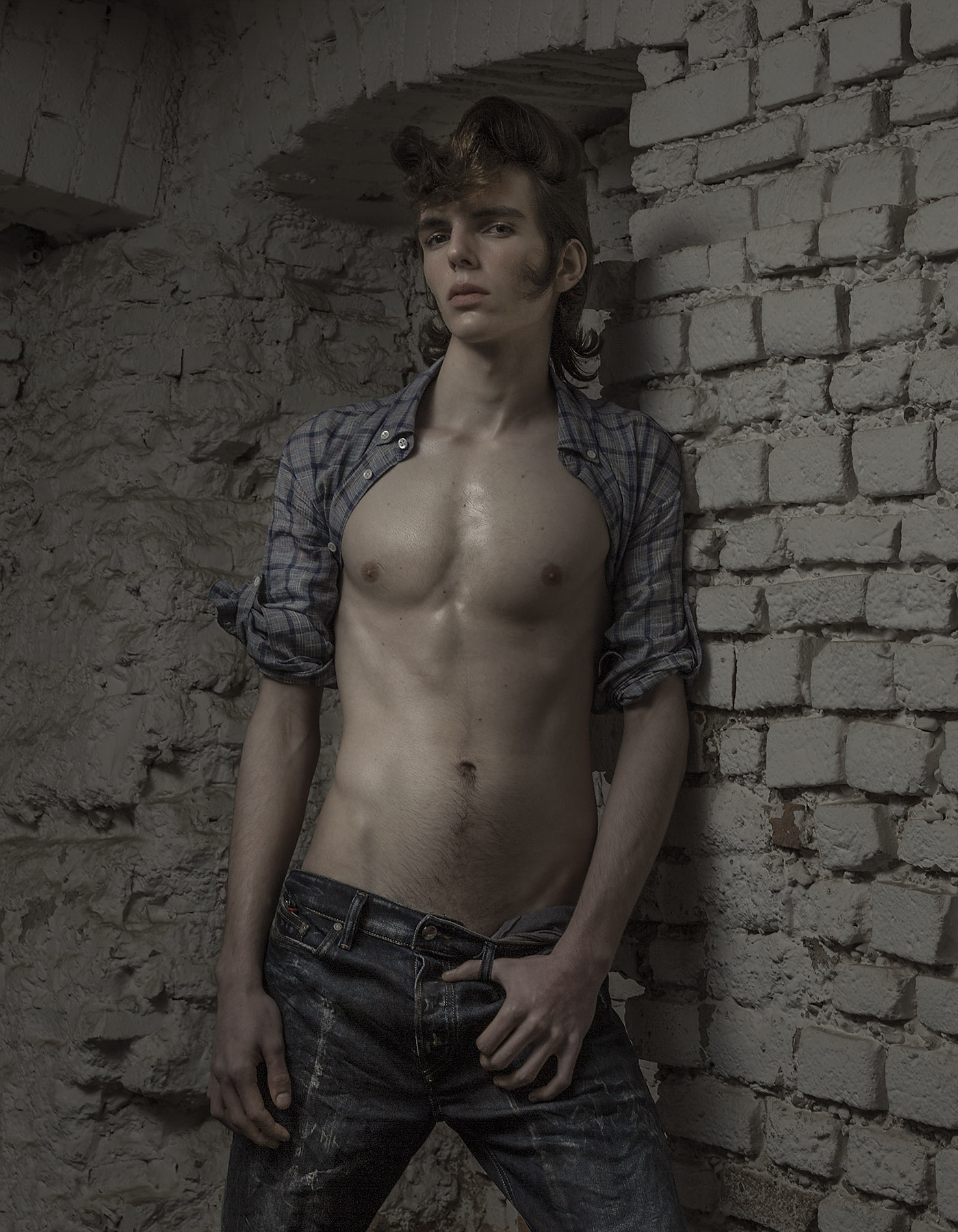 From rebellious, to a blue collar staple, to lumberjack folklore character Paul Bunyan, to Marilyn Monroe’s “borrowed shirt” bringing its current unisex label, to the 60s southern California surf scene. Waves, sunshine, cars and girls, in came The Beach Boys giving the Pendleton plaid shirt notoriety by wearing blue and charcoal checkered shirts holding on to a longboard on the album Surfer Girl, and on the covers of their 45s and LPs.

Pervert, secret and extreme. In the 50’s, the effect of the illustrations with testosteronic workers by Tom of Finland on the male, gay community was immense, liberating many from inhibitions and to assert that maleness, such as it is, is a idea to be shared between gay and straight men. The introduction of a stretch denim jeans in the early 1980’s, such as those Lee, were particularly welcomed, although gay men are their similar popularity amongst women.
A reigning motif seems to be salient by this time in gay male dress, in that in tropes ok working-class roughness. The clone was a stylish thug. In colder weather, plaid or checked shirts could be added to the ensemble. 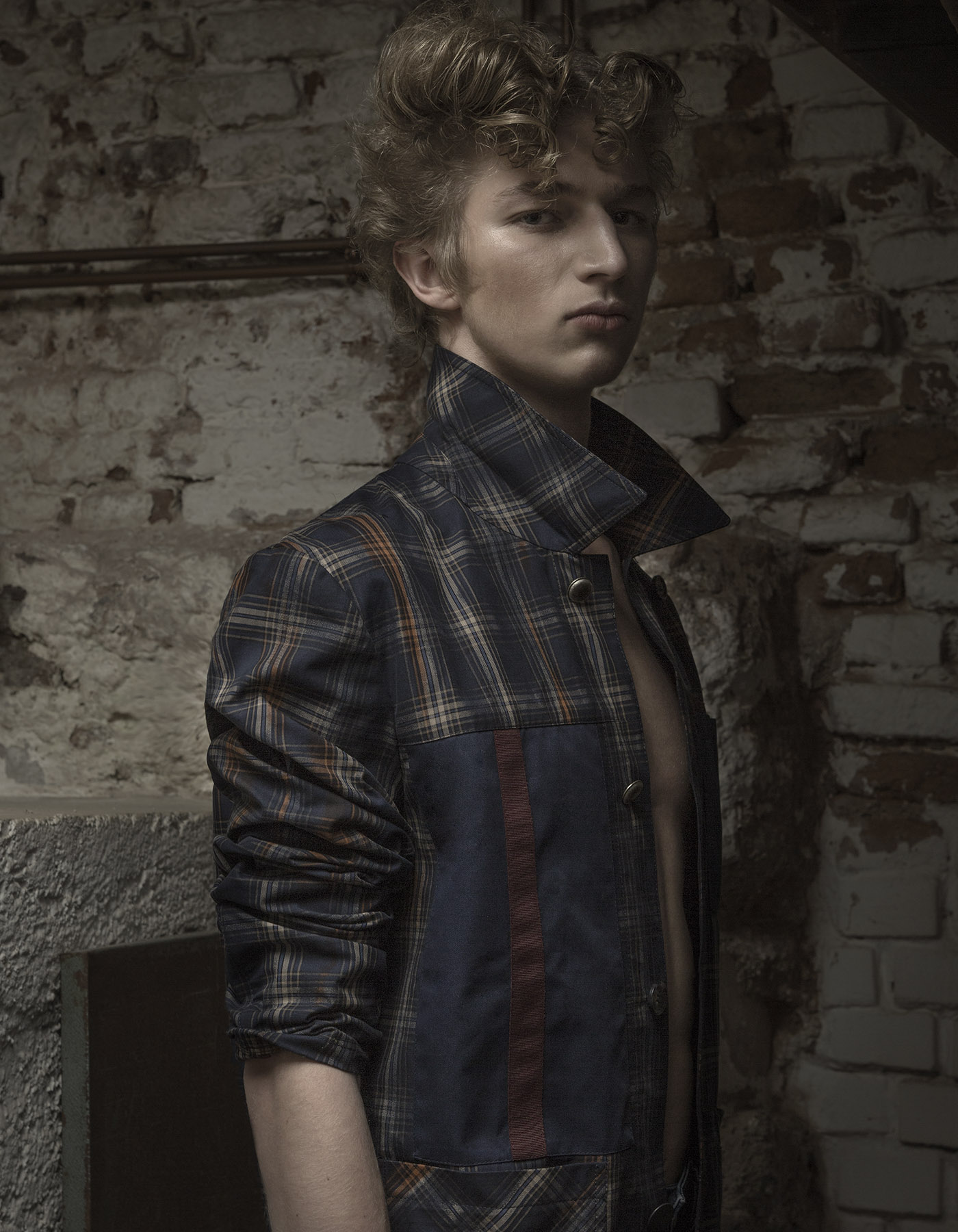 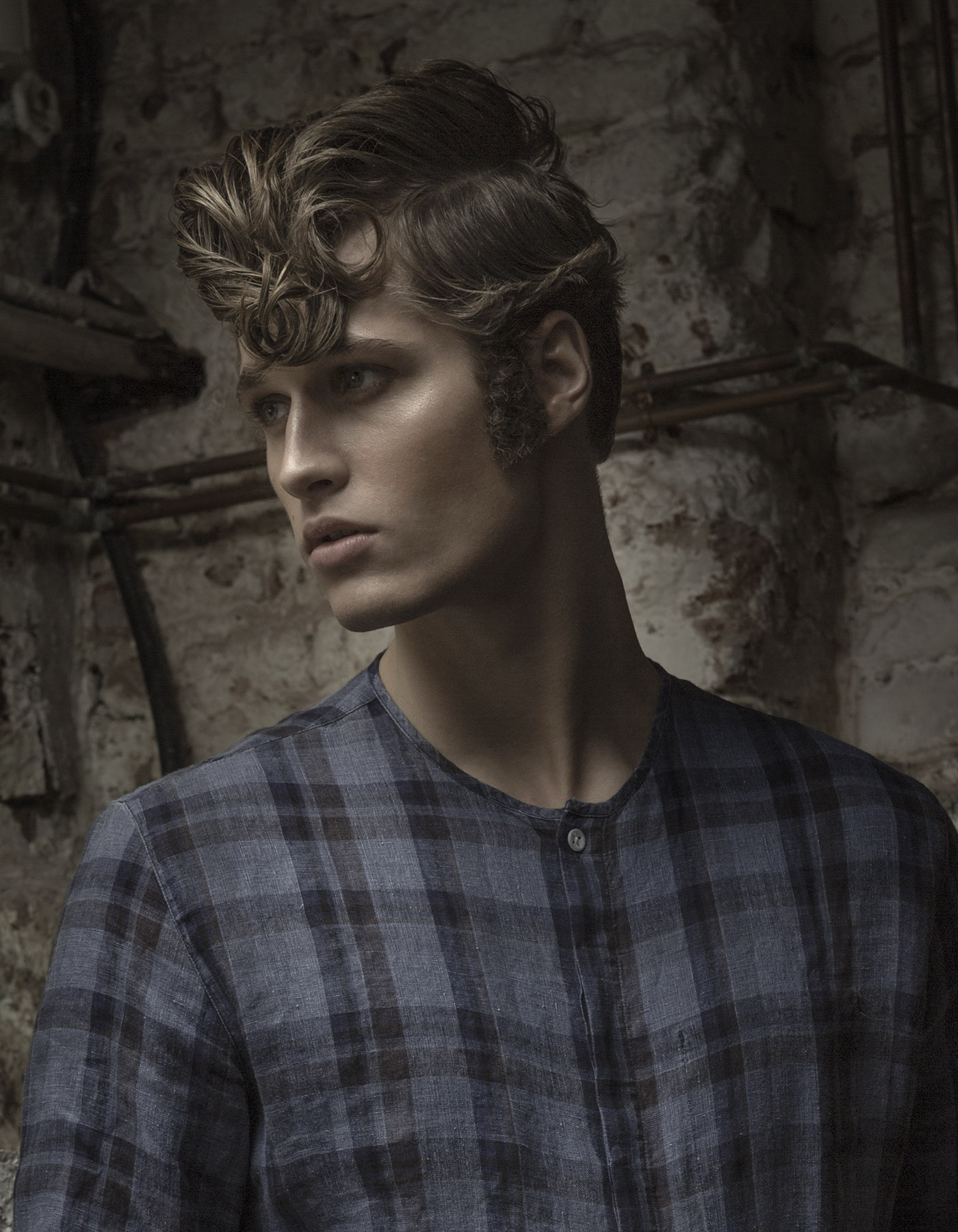 Mick Jones of the Clash said punk in its purest form only lasted 100 days, nevertheless this 70s fast and aggressive culture of music and style exploded in cities like New York and London leaving an intense legacy. Its violent, do it yourself, protesting nature developed a contemporary attitude and outlook anent clothing and style. Torn plaid shirts with painted on political slogans, band names or other punk related phrases were incorporated in the style, bringing back their original representation of rebellion this time towards the British upper class. Although tartan had already been chosen by Punk, it gained wide recognition by the launch of Vivienne Westwood’s brand, the mother of punk. 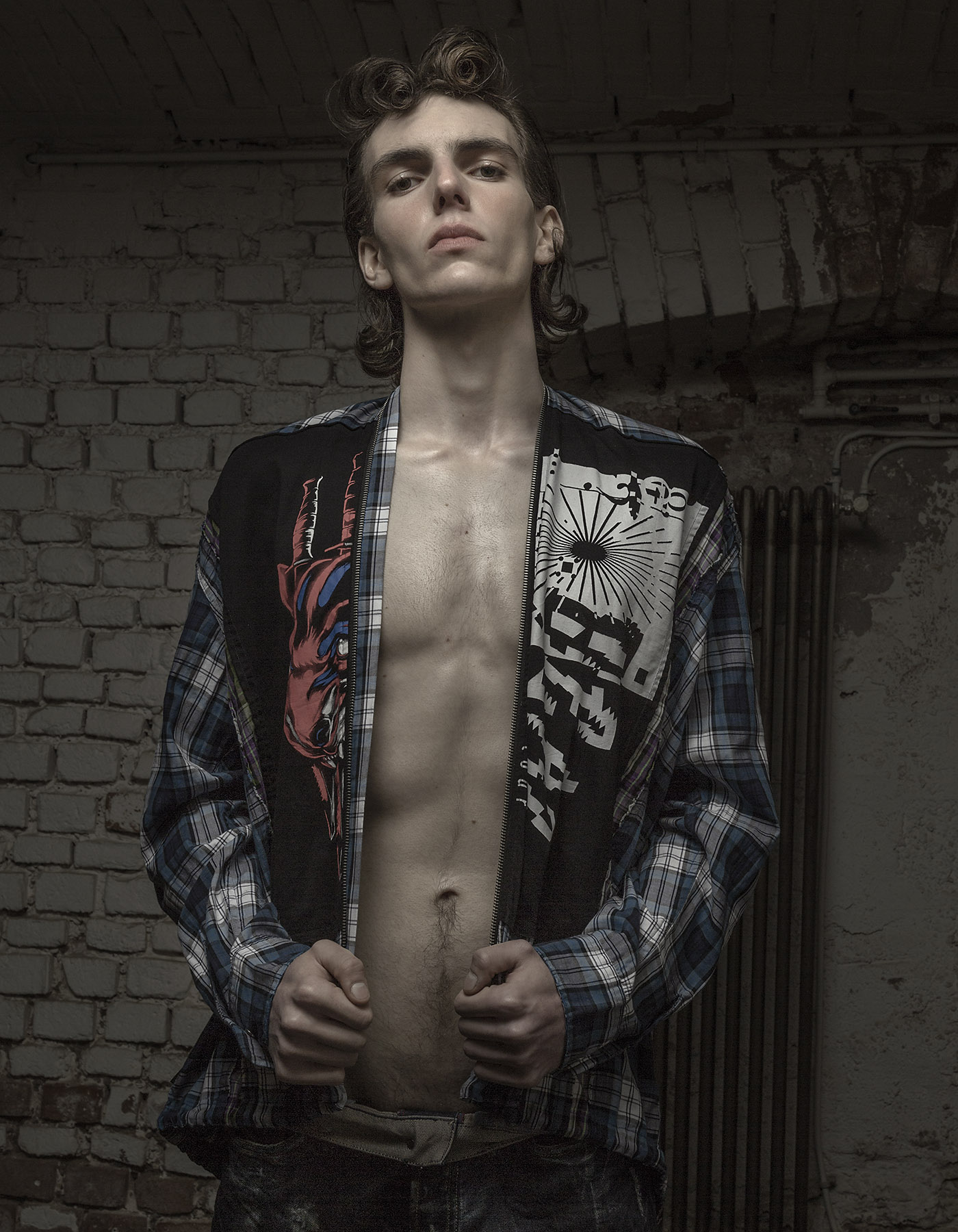 To contradict the bright, neon and flashy 80s came the grunge era, with the release of Even Flow by Pearl Jam, now unbuttoned these evergreen shirts were sported by rock luminaries giving the rebellious, anti-authority, careless Generation X a uniform. The plaid flannel shirt became the unofficial symbol of the anti-conformity zeitgeist with wearers like Nirvana’s Kurt Cobain, The Breeders, Alice in Chains taking it on as their signature. At the time novice Marc Jacobs appropriated the style in his line with his Spring ’93 grunge-inspired collection and has continued his tie with plaid forward.

In the new millennium Madonna, fashion pioneer releases the song “Don’t Tell Me”, decides she wants to wear her artistic director’s DSquared styling her video. The singer, songwriter and actress goes on to commission Dean and Dan Caten both founders and owners of the fashion house to design more than 150 pieces for her Drowned World Tour and the emblematic videoclip starring the fashion icon in a revisteted but classic western look checked shirts on her and around her, accompanied by country go go boys, bringing the Toronto natives into the world of women’s and menswear with a triumph. 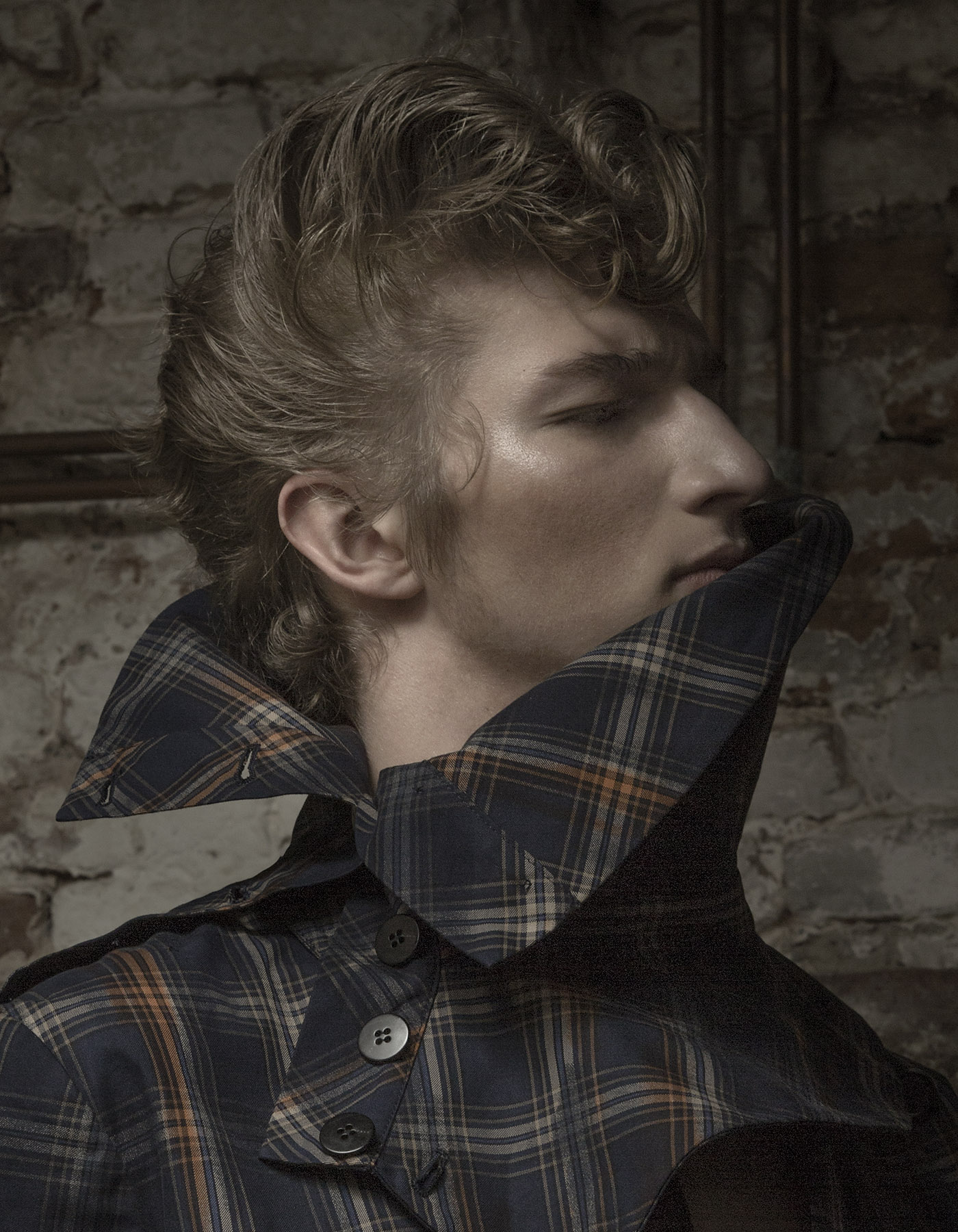 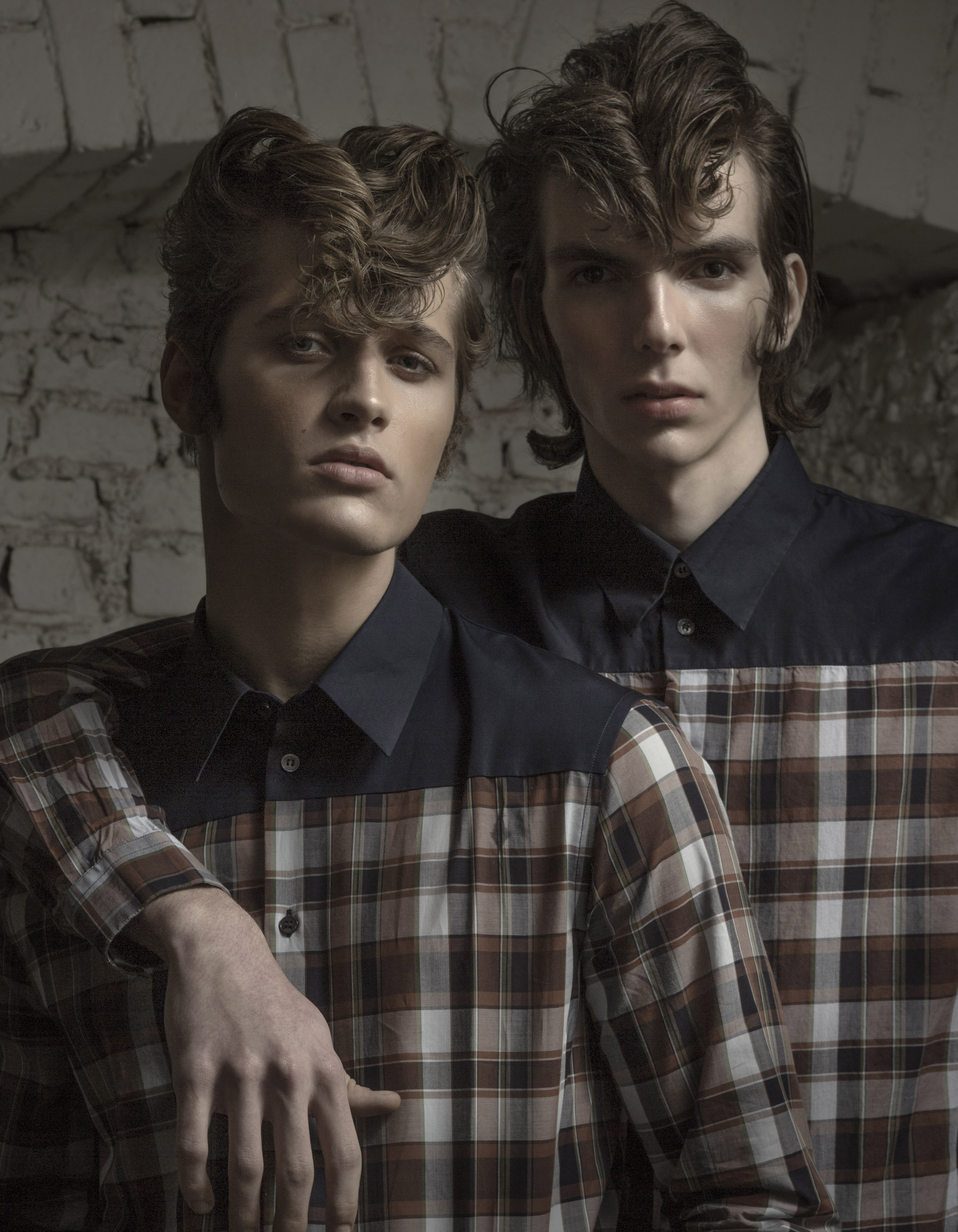 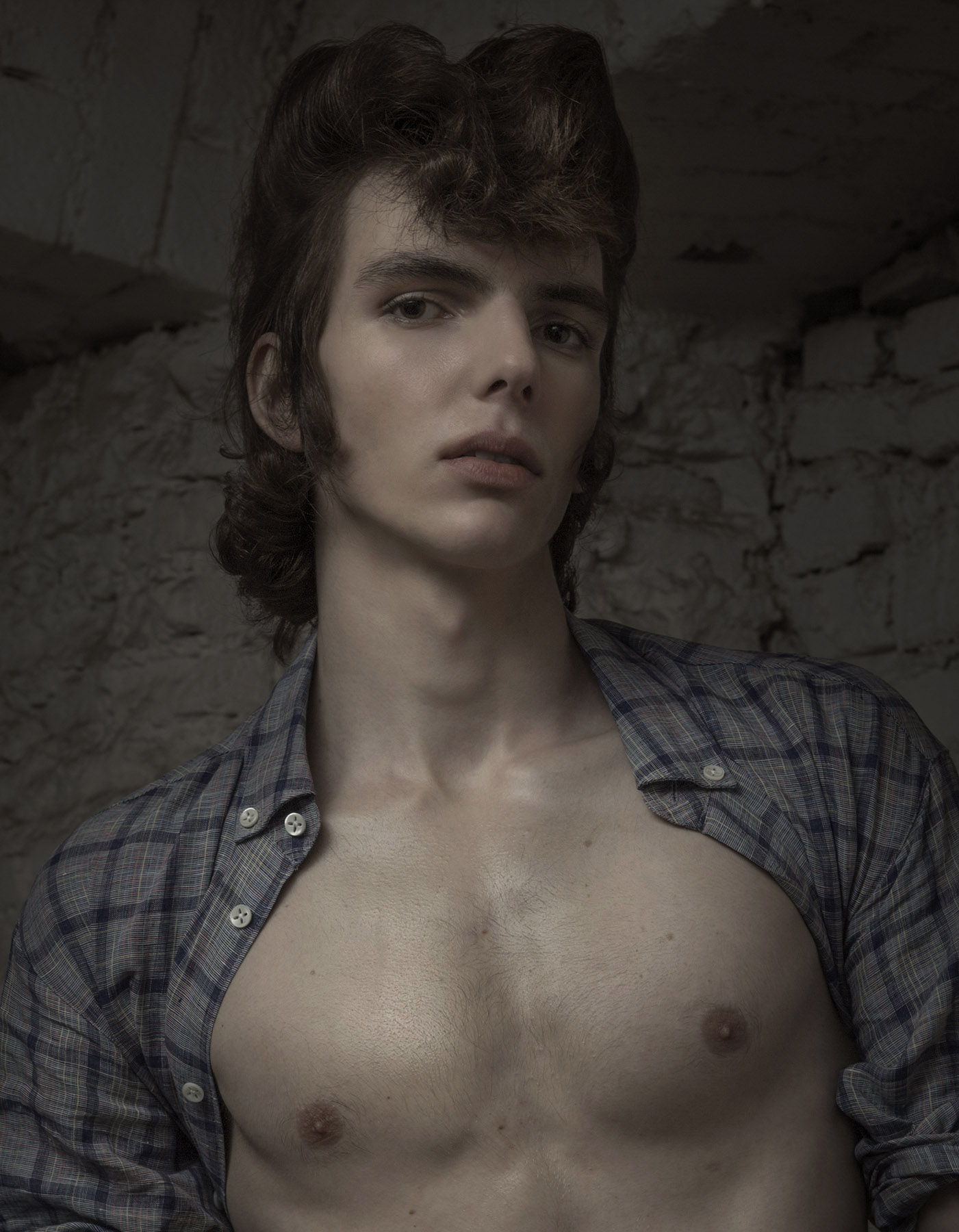 More recently plaid shirts cannot be singled to one group or culture, from anti-fashion, to high street Abercrombie, to haute couture with Yves Saint Laurent. Leaving the minimalistic trend behind, today plaid is incorporated in the fusion fashion of trends from several different styles and eras. On Hedi Slimane’s 2013 Spring runway, revealing his second collection as creative director of Saint Laurent, which is a clear ode to the grunge 90s. Later came the hipster craze, non- traditionalists with indie style began building their look by thrifting and today many correlate them to plaid shirts as these were commonly sold as vintage garments too. Like the world’s most famous superhero, the plaid shirt returns in endearing form in the 2017 movie Justice League, as Clark Kent is resurrected and returns to Kent farm to his home and family. Actually these old-faithful checkered shirts have made big on screen appearances in names such as: Friends, Taxi Driver, How I Met Your Mother, BIg Bang Theory and even the 80s The Breakfast Club and Sixteen Candles. 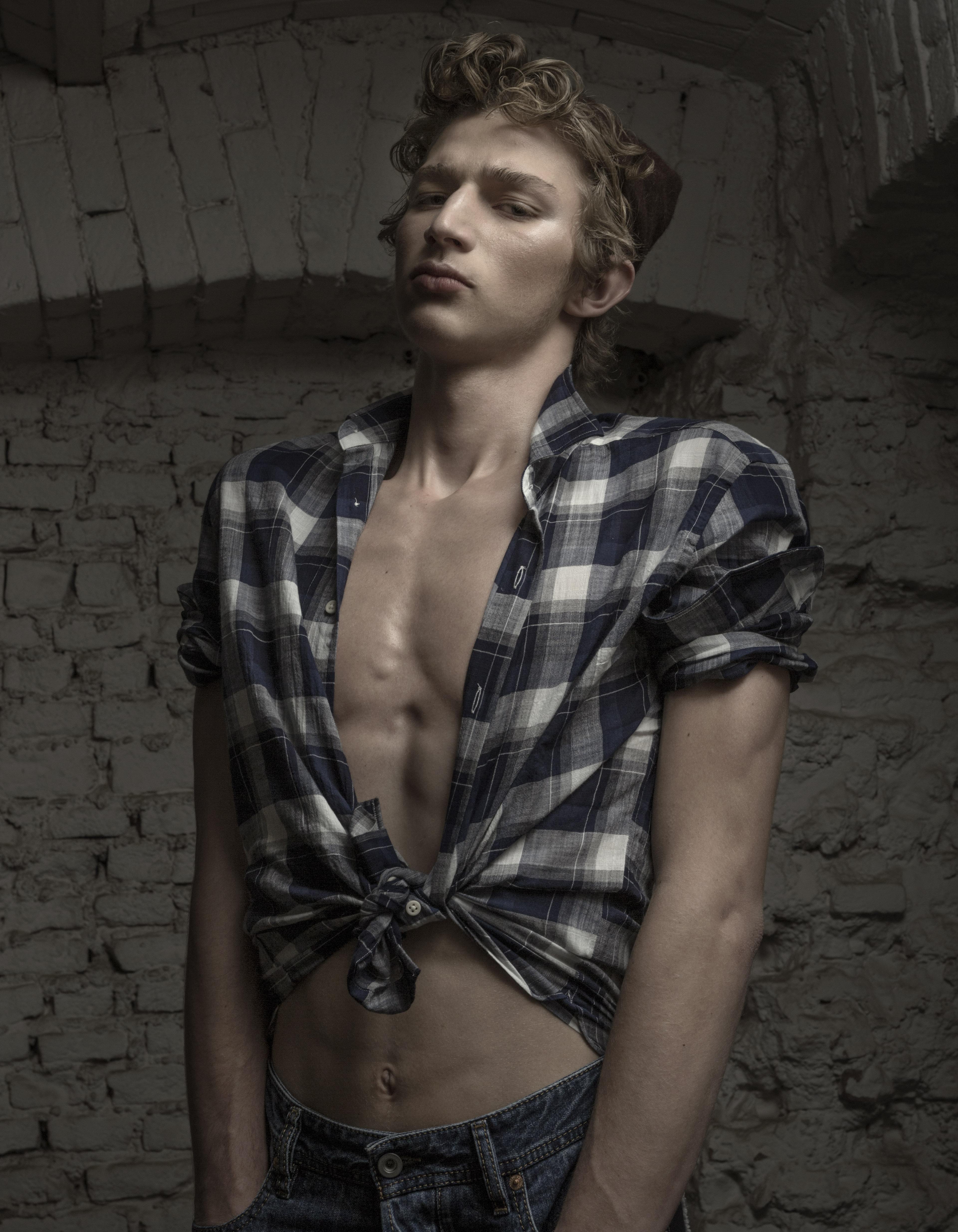 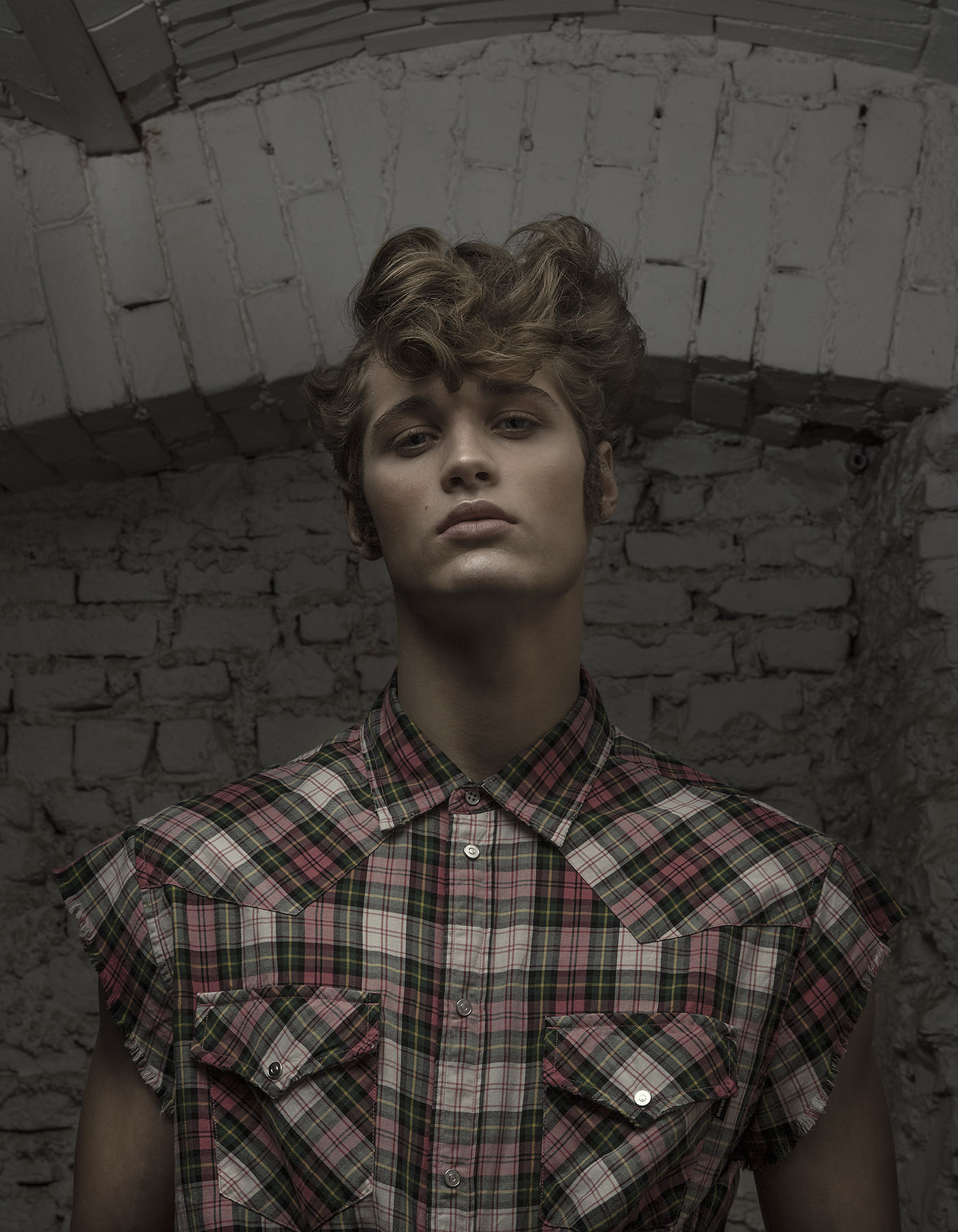