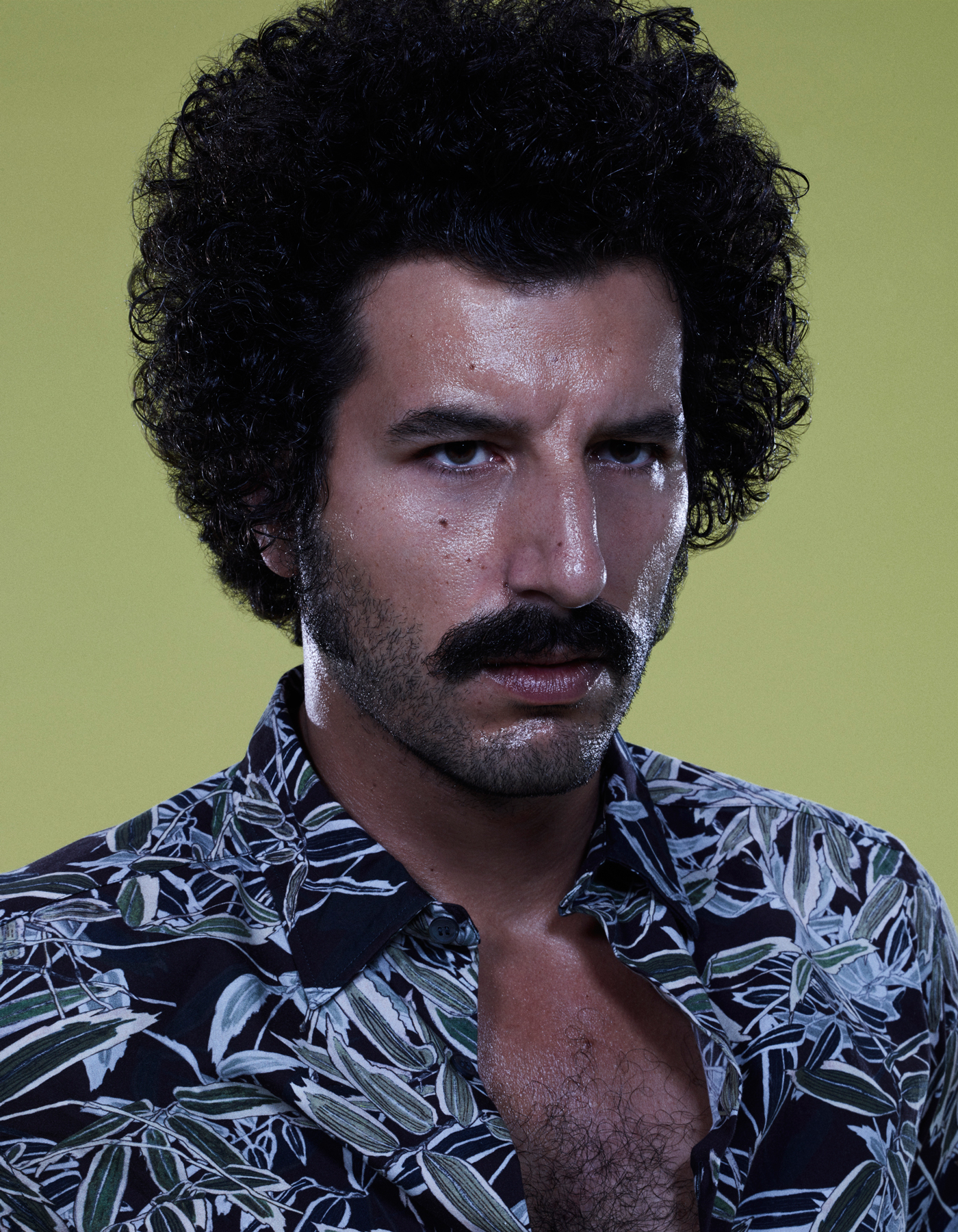 The eyes of Francesco Scianna quietly command a space. In the shadows of a late night interview or in a camera’s flash, they are neither dimmed nor diluted. They shine with the comfortable confidence of a man who has carved out his own image of the Masculine amid Italy’s abundant machismo, and in so doing crafted his own character.

Scianna brought the full force of this persona to Icarius for a photo shoot and interview. Fashion editor Icarius de Menezes unleashed Scianna, allowing him to prowl and play freely as photographer Emilio Tini attempted to capture in still moments the lively movements of this undeniably dynamic man. The results of this photo shoot, climaxing in a masculine clash with Icarius himself, speak for Scianna’s playfulness in character and confidence in creativity.

Scianna is a modern sex symbol in retro threads. He appears in Icarius absent frivolous notions of refined beauty, or the softer edges of femininity, his image and appeal somehow serious and yet wonderfully tongue-in-cheek. As hard as his stubble-shaded jaw, as steely as his glare, as dark as his Sicilian eyes, this man’s sex appeal seems to luxuriate in over-the-top comparison and flattery.

A rising actor, Scianna’s prominence was launched by his role in Giuseppe Tornatore’s 2009 film “Baaria”. His star continued its ascent, reaching nearly 12 million viewers in the dramatic television series “Le Cose che Restano”. In 2011, Scianna was recognized Best Italian Actor with the LARA prize for his standout role in Giuliano Montaldo’s film “L’industriale”. In the same year he was nominated for the “Nastri d’Argento” prize for Best Actor for his work in director Tony Truppia’s 2011 film “ITAKER”.

Subsequent roles have featured Scianna as the coolly sexy protagonist of 2015’s “Latin Lover”, starring opposite notable Italian actress (and recent Icarius guest) Isabella Ragonese in “Another South”, and portraying three decades of life in the Naples organized crime syndicate in “I Milionari.” 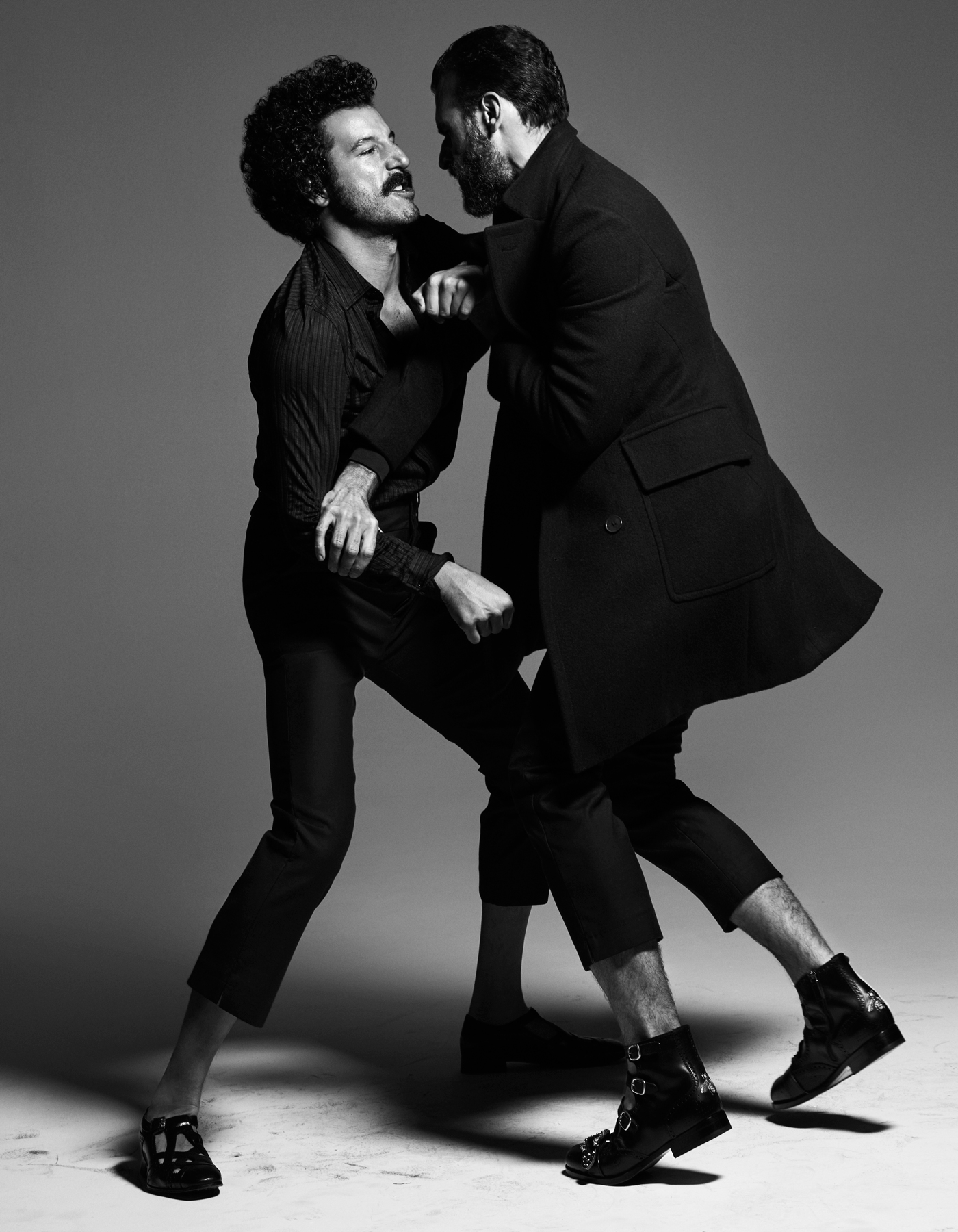 Most recently, Francesco Scianna has found his characters reaching wider, international audiences, performing beside Morgan Freeman in 2016’s American production of “Ben-Hur.” The future holds only the promise of more success, as next year will welcome his role in director Garth Davis’ “Mary Magdalene” presenting the human story of the controversial follower of Jesus of Nazareth. Scianna acts alongside Joaquin Phoenix, portraying Jesus, and Rooney Mara giving form to the eponymous heroine.

In the past, Scianna has demonstrated his range along with his appreciation for aesthetic, fashion, and design bringing his form and characters to the covers of L’Uomo Vogue, Style Magazine, and Grazia. What became clear in his time with Icarius was that given his focus on crafting and inhabiting characters, aesthetics became a thing to be played with, manipulated for their effect on the presentation of the character or merely for the thrill of their effect. This gave Scianna a fascinatingly mercurial quality in front of the camera, as he seemed to fluidly jump between moments and emotions, not posing so much as allowing a glimpse into a story. Each shot seemed anchored with implications of past and impending future. Truly, for his shoot with Icarius, Francesco Scianna was in rare and playful form— a man untamed— his wild curls, mustache, and sultry eyes in full effect.

The man and his persona are one, as Scianna plays with the concept of fashion as costume, as amplifier of character. He alternates between stoic masculinity and over-the-top self-parody, at once villain and hero, straight man and comic relief, all somehow giving the impression that they know kung fu… 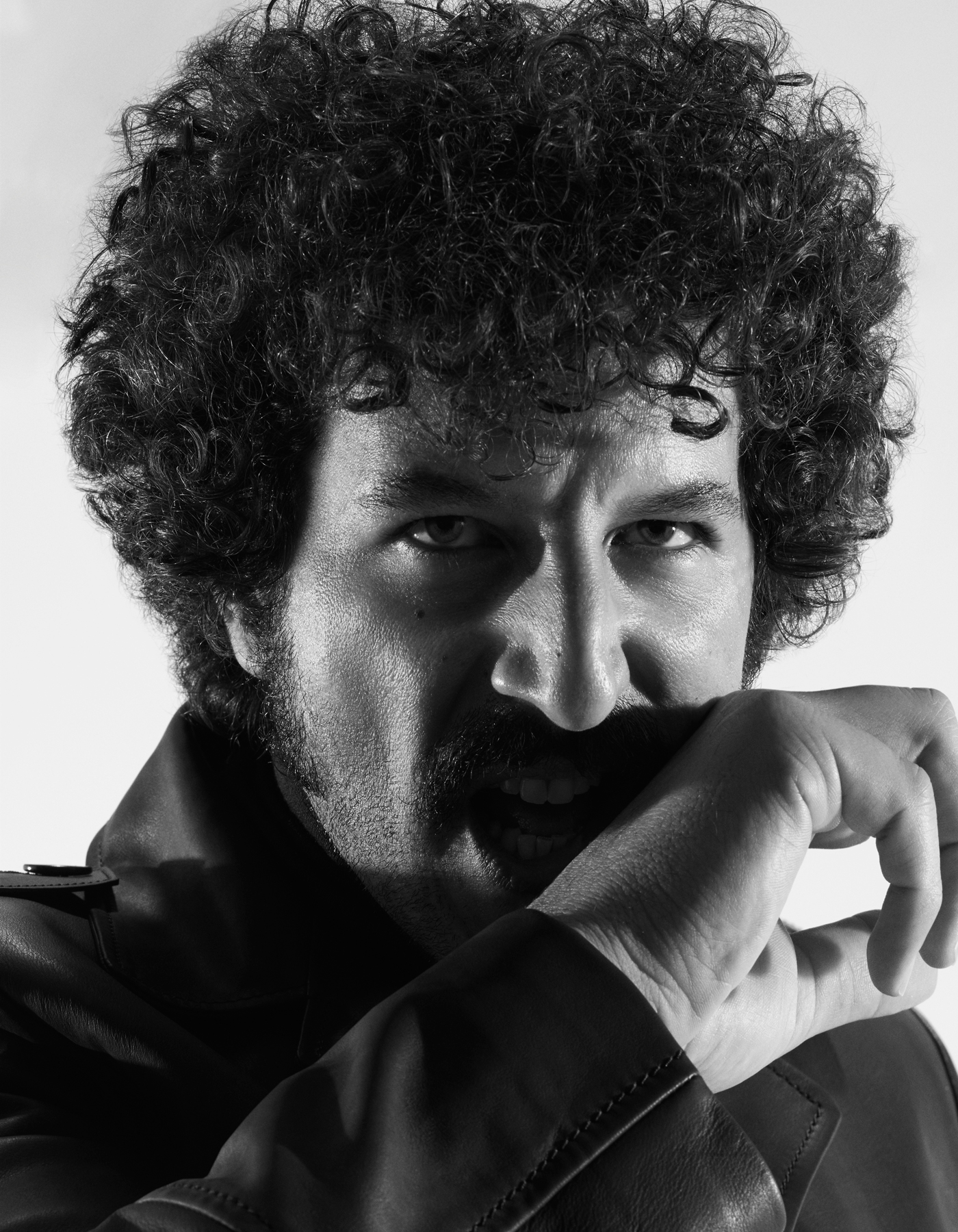 What was your path to acting?

I think it all started at an early age, I was 12 or 13 years old, and I had this perception of this great, inner, emotional world that as a child, I just could not communicate or make real.

In film, I identified an instrument, a mirror to show this inner world. I fell in love with the medium because I could really perceive the possibilities for emotional expression.

Later, I came to find understanding with actors as well. I felt a lot of truth, a refuge, a place of mutual understanding.

Tell me more about the young Francesco Scianna, his “emotional world.”

When I was little I dreamed of splitting myself into four people! I remember saying, “Dad I feel… double!” I could see myself coming back to me, as if I were different characters and coming to interact with myself.

I guess have a quite a strong inner life…

I dreamt of flying, as these four different people, all in my childhood room! It felt like there were so many personalities in me, and that’s why I wanted to do so many different jobs, and then there was acting that could meet all my needs! 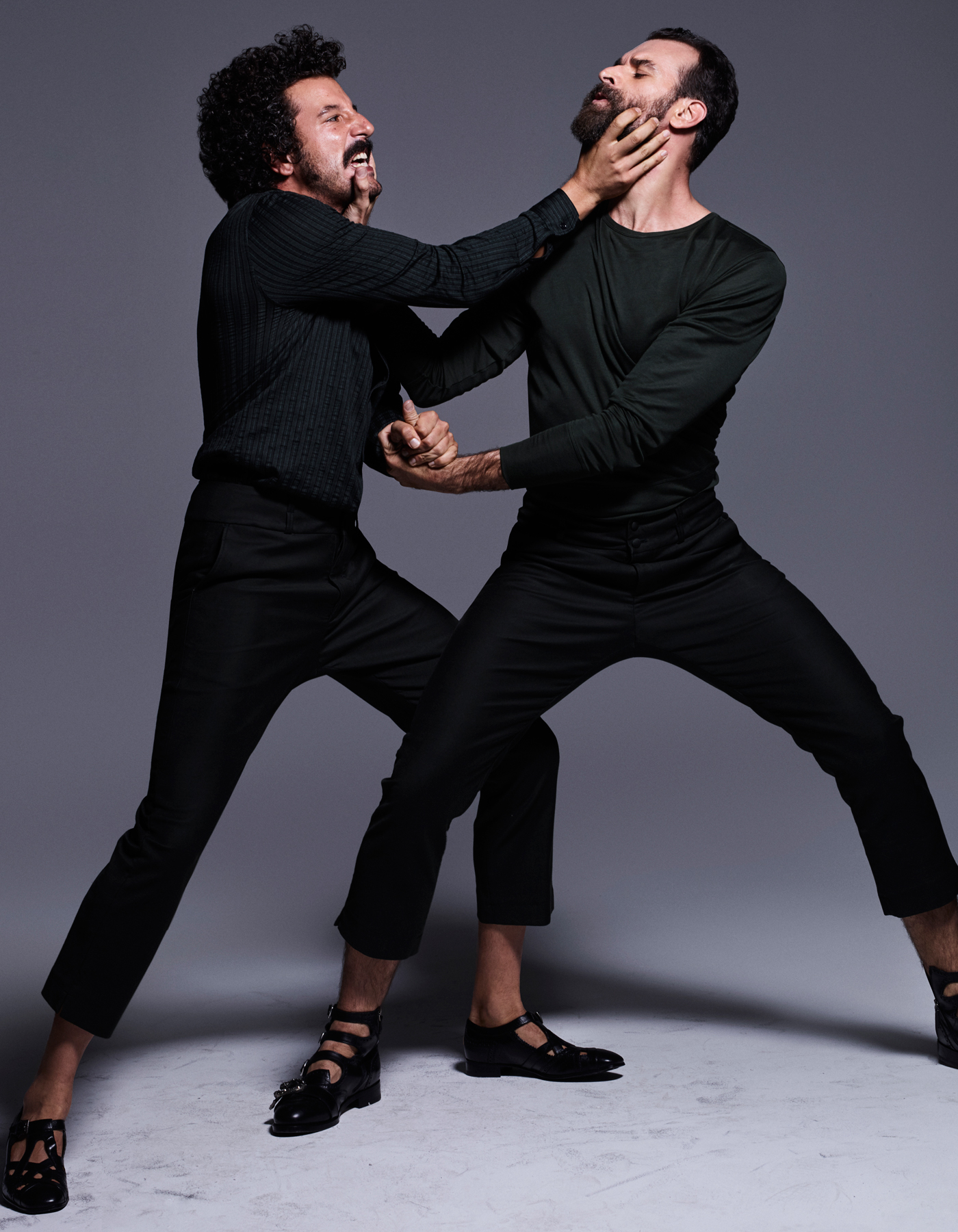 How do you understand your development as an actor? How do you relate to the study of acting?

I was fortunate, in that I had a headmaster who was passionate about cinema and gave me the opportunity to do a bunch of public shows! I got into the profession at the amateur level but in Palermo where the shows were very important.

Then, when I finished high school I went to study acting at The Silvio D’Amico National Academy of Dramatic Arts, where 1,000 students try to get in but only 18 will eventually make it!

So, with such an extreme selection, this is was a really positive thing for me. At age 19, I was lucky enough to take a step towards my dream with my first role in “The Most Beautiful Day of my Life.”

As a young actor, you have to be really active because nothing is given to you!

After finishing the first movie and continuing my studies, I became immersed in the true sea of acting, where the failures are just waiting for you! There were clashes, of course, but even with nothing given to me, I had the good fortune of being able to build a more serious and real career. The difficulties came soon enough, but they gave me strength. They helped me build greater human strength!

So, you’re rather handsome… Does this pose a dilemma to you in your acting or casting, only being perceived aesthetically or as a “pretty face”?

There definitely was a phase in which I felt like a victim of myself, and this prevented me from having full trust in succeeding solely with my acting abilities.

Fortunately, I’ve always been lucky to have a strong inner voice that kept telling me to focus on my training! So, I never stopped studying. And that has been my pillar!
When I realized that the importance of study was central, and aesthetics were something I could play with, I felt free to do anything without ever losing the focus of becoming a true actor! 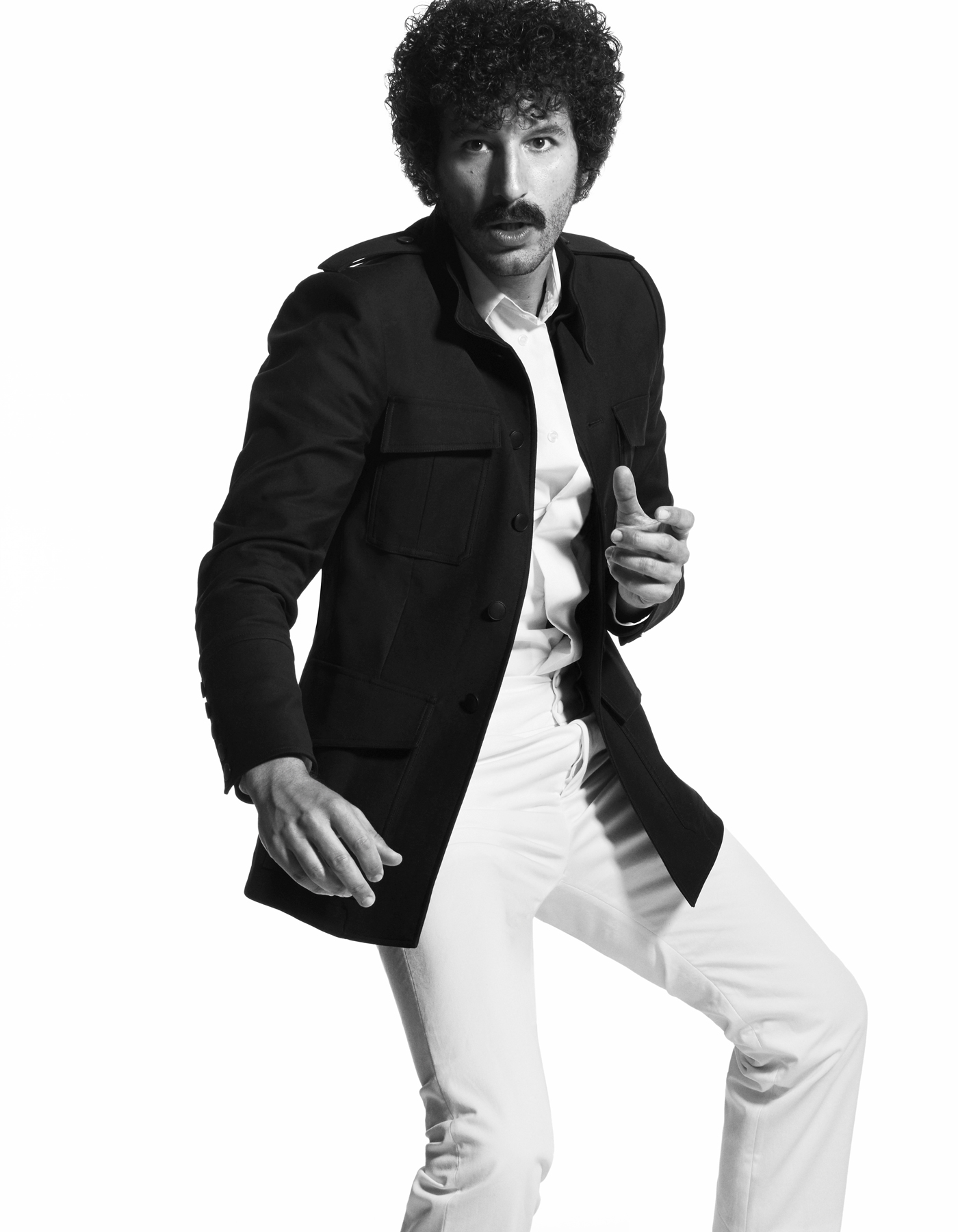 Who inspires you? What actors and actresses have been formative figures for your own development?

I have had a number of beautiful, varied male figures around.

My grandfather was in the military and many of the values that I feel today come from him. He really has great intellect and great humanity, and a lot of my values have come from comparing myself with him.

In the role of Baaria, a lot of things were actually taken from my father!
It kind of allowed me to explore and understand my roots.

Many of my characters have been nourished by different people in my life, but my father has been an important model.

Today, as an adult, it is up to me to give some lessons, be a more of a model. To be less an individual, less a child, and more an adult. 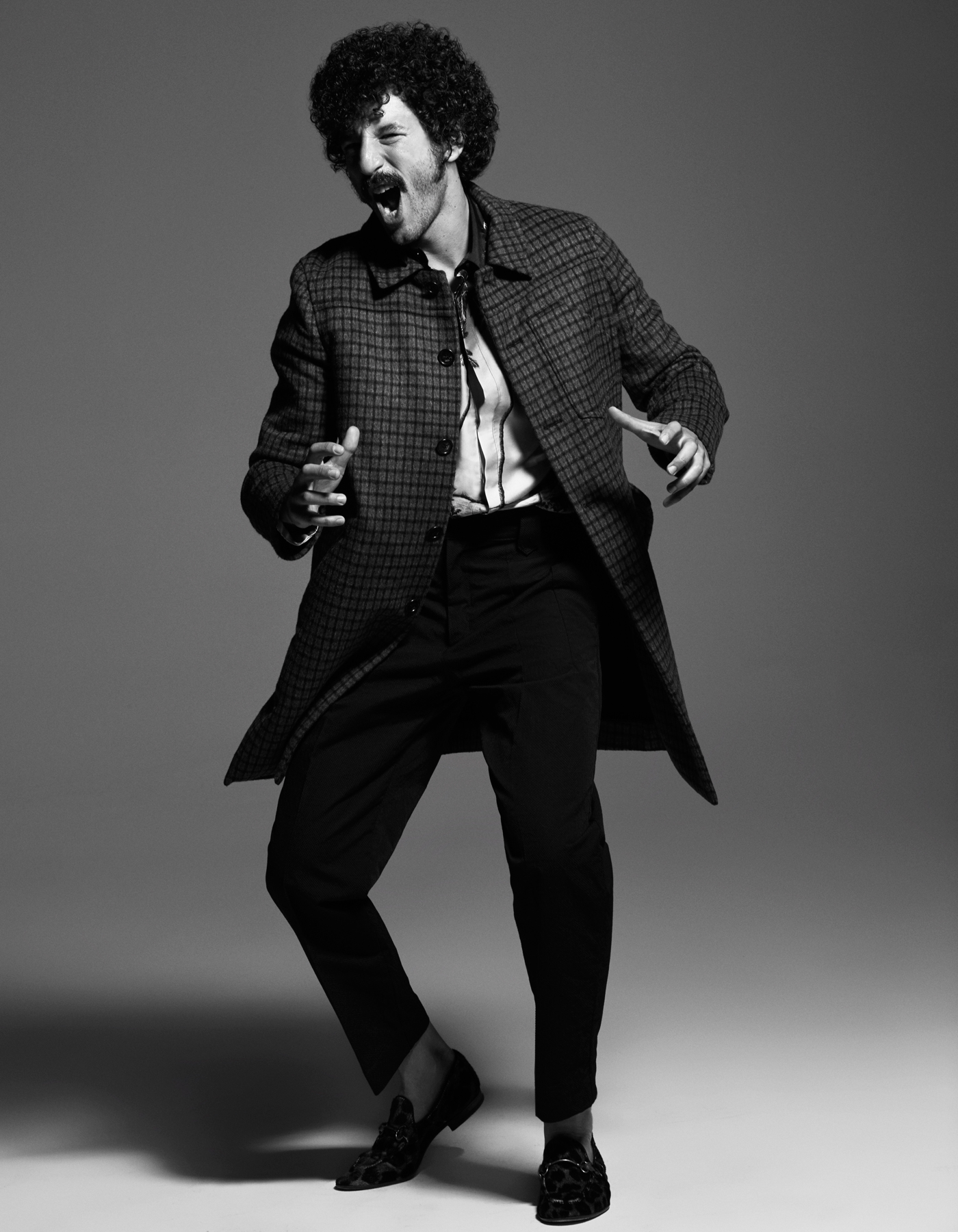 How do you feel about the state of Italian cinema right now?

Whenever you speak of the sixties, people in this environment remember the boom of Italian cinema and economic engagement and big actors proposing new ideas, and creating, creating, creating …I did not see that period, but I know the story.

In recent years, or years leading up to this current positive moment, actors have become more united to defend Italian cinema. It’s different from the 60’s, because we have to defend ourselves. New language is emerging, and we need a new Italian vision for cinema. We are in a moment of great transition without a real identity defined, because now is a time when television series, Netflix, etc. are all changing the language of the screen.

There are several Italian productions now sold all over the world. However, at this time of great change with great production being done and even sold abroad, we have not yet arrived at a real ‘Italian time’ like we saw in the past, though there are still a few Italian actors with international resonance.

It feels like a change of stage without a new set of ethics defined. It’s a very creative moment, and there are a lot of different things coming. It really is a great moment of development in Italian cinema; there is a lot brewing!